As the name suggests black holes are black, that’s because any light can’t escape from them. But what makes them so fascinating and how they are formed? Let’s find out!

What are black holes?

Black holes are objects with high mass density. How dense? Unimaginably dense, for a black hole to form object has to be crushed beyond its “Schwarzschild radius”. Any object whose radius is smaller than its Schwarzschild radius (also known as gravitational radius) it will become a black hole.
The formula for calculating Schwarzschild radius is:-
Rs = (2GM)/c2 ; where G is gravitational constant, M is mass of the object and c is the speed of light.
By this formula; to create a black hole at your home lets say of 1cm radius i.e. (10-2m) you will need a mass of 6.74×1024kg. If this number doesn’t freak you then let me remind you of the mass of the earth is 5.97×1024kg.
Sorry to say but you still sort of some mass to create a black hole on earth of a size of a ping-pong ball.
They possess the immense amount of gravity, no particle or EM radiation can leave from the black hole. There is a boundary in each and every black hole called the event horizon. Beyond the event horizon, there is no turning back. When an object falls into a black hole, any information about its fate is lost to the outside world. At the center of the black hole, there is the gravitational singularity. Means here curvature of spacetime becomes infinite.
There is cool video by one of my favorite Youtuber Morn1415, Please Enjoy.

Black holes are classified on basis of mass they have; stellar, supermassive black holes and miniature black holes.
1.     Stellar black holes:
These type of black holes have a mass of around 3-4 times mass of our sun to several tens of solar masses and are the size of around a few kilometers. They are formed when a star bigger than our Sun dies. When a star several times massive than our Sun runs out of fuel i.e. hydrogen at its core, gravitational forces get unbalanced as now the outward gaseous pressure is reduced. This forces helium to fuse into further heavier elements until iron forms at the core. Iron formation at the core of any star is the beginning of its death. Because iron fusion doesn’t generate any energy. When a critical amount of iron is formed at the center of a star, the balance between gravity and outward radiation breaks suddenly. Within a fraction of seconds, core collapses and supernova occurs. This can produce neutron star or if it is massive enough core can cross Schwarzschild radius and result into a black hole.
These type of black are quite frequently observed.
2.    Supermassive Black holes:
They are the true beast of Universe, with a mass of hundreds of thousands to billions of Suns. They range from 2-3 billion km to several times the size of the solar system.  They are found at the center of almost all galaxies.

Our Milky Way galaxy has Sagittarius A at its center. It has the mass of 4 million of Sun.  But it is nothing compared to largest black hole known to us that is 250 million light years from Earth located in galaxy NGC 1277 in constellation Perseus.
That black hole has the mass equivalent to 17 billion suns. And it is eleven times distance of Neptune from Sun in radius.
How these giants formed is still a matter of discussion and research is going on. Some believe that seeds of the black hole (stellar mass black holes) were left by the explosion of massive stars and by accretion of matter they grew.
Black holes do combine when they come close enough.

3.    Miniature black holes:
They are hypothetical black holes. They are thought to exist in a highly dense environment of early Universe.  They have a mass less than the mass of Sun and size of few millimeters.

How we found them?

Black holes are in abundance in our universe. But finding them is a little tricky, everything else in the universe either emits or reflects the light. But In the case of black holes, their gravitational pull is so intense even light can’t escape from them.
So how do we found them?

Well, they interact with matter. In the vastness of space when a Star wander close to the black hole, the immense pull of black hole sucks matter from star creating a disc of matter around them. As more and more mass of the star is sucked inside a black hole the disc gets hotter and brighter.  This spinning generates X-rays and radio waves which can be detected thousands of light years away.

Also, their immense gravity makes heavy stars orbit them and their orbital pattern can be observed to determine the mass of black holes.

Due to their immense mass, they show gravitational lensing. So whenever a black hole crosses between the observer on earth and a distant star their observed light intensity changes dramatically; showing the presence of the black hole.

Nearest black hole detected by us;

Nearest black hole to us is V616 Monocerotis; at a distance of 3,000 light years and has about 9-13 solar mass. We detected it by observing its effect on the star with half the mass of the sun.
Other black holes close to us is at about 6000 light years and also in the binary system. That’s how we observe them.
There can be more black holes, closer and yet to be discovered. If a black hole passes Solar system within 20-40 light years, it would disrupt orbits of planets around Sun probably throwing earth out of Goldilocks zone. 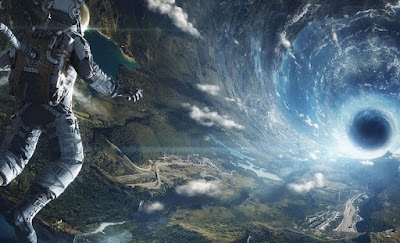 Can we create a black hole?

Yes, I have ruled out the possibility of creating stellar mass black holes on earth. But what about miniature, microscopic black holes; can we create them?
Back in 2008 when Large Hadron Collider was beginning to operate, some people were worried that we can create a black hole and eventually destroying earth.
To create a microscopic black hole, the energy required would be 1019GeV and concentrated into the region of the order of Planck length. Nope, we are not technologically advanced yet.

Black hole starship is a theoretical idea given by Arthur C. Clarke, in which a starship can be used for interstellar travel by propelling it using a black hole as the energy source.
We are still behind several steps on tech scale to able to create Blackhole starship. So still have to run on fossils.


How Good Is Your Knowledge About Black Holes? » ProProfs Trivia

I would like to end this article by the famous quote

“Science is not the only disciple of reason but, also, one of romance and passion.”