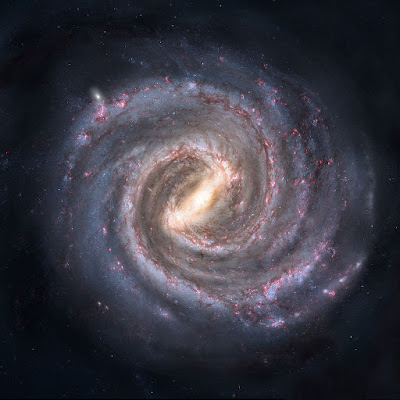 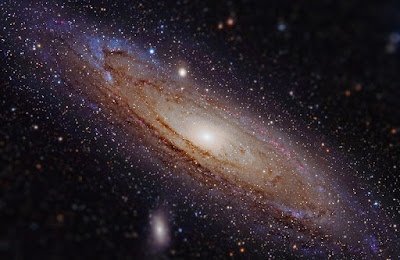 But no one in our human history has seen the full span of Milky Way galaxy. Why is it so?

Since we live in one of the spiral arms of Milky Way we are not yet able to see enormous size of our galaxy.
To get the whole bird’s eye view of our galaxy we have to send some camera equipped probe out of the plane of our galaxy to catch glimpse of its vastness. The images you see above are an artistic impression of what our galaxy may look from outside.

And farthest probe sent by the humans is Voyager 1 is at a distance of 21,480,647,150km from earth (at the time of writing this article)  moving at the astonishing speed of 16.99kmps with respect to Sun. It is now in interstellar space.
To check the current status of Voyager 1 click here.

It was launched back in Sept 1977. It left the solar system back in August of 2014. It traveled fastest in the human history still took 37 years to get out of solar system.

we hear the news that astronomers and cosmologist have found habitual planets in the star systems several light years away.
Recent news was of Trappist 1 star system, where seven planets were found. Trappist-1 star is an ultra-cool red dwarf star. It is 39.6 light-years away from Sun in the constellation of Aquarius. The Spitzer space telescope and very large telescope at Paranal were used for this work. Three planets of which are in the habitual zone around the star.

With the coming news of this discovery following images came across all over media.

These images appear quite astonishing.

This is the image of Neptune by Hubble space telescope, Neptune is only 4 light-hours away from Earth and still, this is the clearest we can see it from Earth with our powerful telescopes.
While the Trappist-1 is 39.6 light years away (347,000 times away from Neptune) let alone images how we come to know the existence of planets around it.

For more details click here.
The images we saw in the news and media were the artistic impression based on data received from the above methods showing what this star system will look like.  Sometimes these images (being more presentable and less nerdy) are assumed to be true.

when Cassini space probe ended its mission after orbiting for 13 years around Saturn. It burned up in the upper atmosphere of Saturn. On its descend to Saturn it took a last picture about 634,000 km above Saturn. And this image became viral with it.

It looks beautiful but it’s fake. This was artist impression of an over-the-shoulder view of Cassini making one of its Grand Finale dives over Saturn.
This was the real image taken by Cassini camera before burning up.

For more details visit this link.

It doesn’t look as cool as the previous image but it is real.

There is a cool video of Cassini’s expedition by NASA. Please have a look.

Between real and fake, a question comes to mind how much is there to see?

We humans can see only a tiny bit of electromagnetic spectrum. Rest of the spectrum is not visible to us.

Just imagine if we can see much of electromagnetic spectrum, what we will see?

Following is the image of Earth from 29,000km taken by the crew of Apollo 17 traveling to the moon. But it was rotated by NASA to keep north up. Originally it was taken as south up. 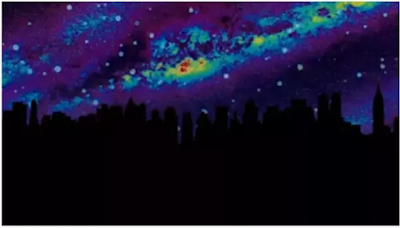 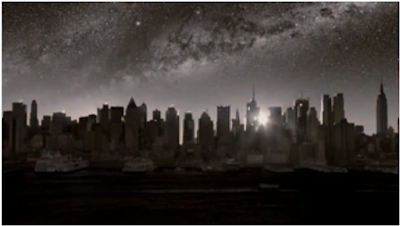 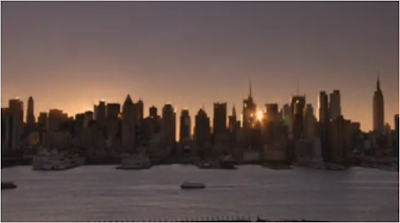 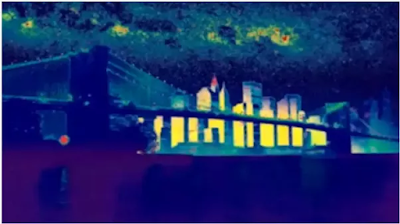 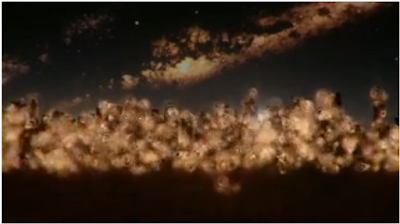 Images Courtesy (Cosmos: A Space-time Odyssey)
There is a cool video on YouTube by one of my favorite channel Veritasium, on how our world looks in UV.
And I would like to end this article with a famous quote
“It is far better to grasp the Universe as it really is than to persist in the delusion, however satisfying and reassuring.”
-Carl Sagan
Categories: Post